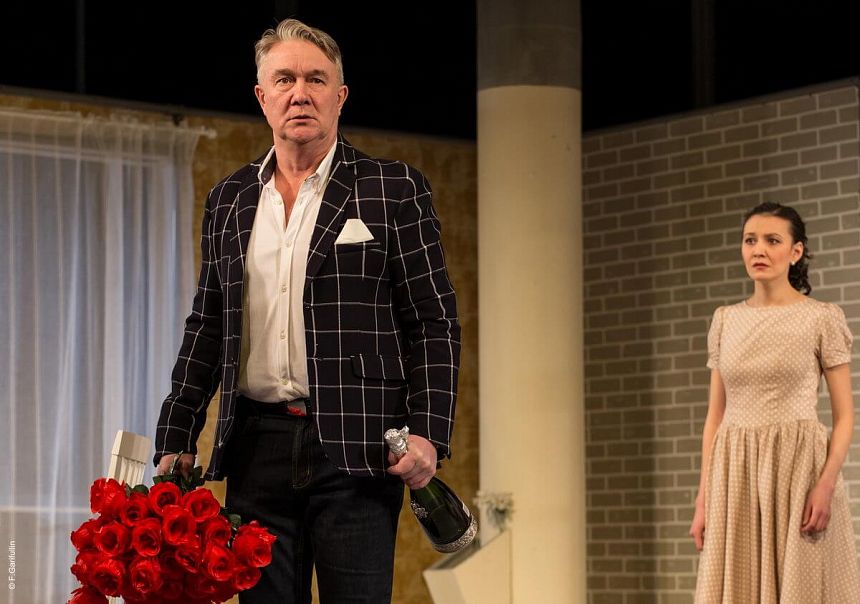 16+
Comedy Running time of the performance 2 h and 20 min On 16, 17, 18 February was the premiere of the comedy. The fascinating events of this comedy take place in an ordinary family. The husband, after returning from the health resort, quarrels with his wife and goes away. She rashly invites a male friend to visit, but her husband unexpectedly returns, and after him is the girl he met during the rest. The situation is comical for the audience, but not for those who got into it.   The comedy “Call out.” of Zulfat Hakim became one of the most popular hits of the theatre at the turn of the century. The combination of the main components of a successful production contributed a lot to this. Excellent cast, vibrant dialogue, cleanliness of the comedy genre and, of course, the direction of Bikchantaeva, who from the very first steps in the profession was able to think stylistically in parallel, putting on equal intellectual drama or commercially oriented material. The repertoire theater always has the need for light cheerful comedies, where the main content is not the plot, but the workshop finishing the roles by actors. Making you sad, sometimes thinking is easier than making the audience laugh at the limits of high taste. In modern Tatar drama, there are few plays that would respond to the principle stated above - to be ridiculous and at the same time deep, without a touch of vulgarity. Therefore, in the current season, “Called? ..” will reappear on the poster, which the author has reworked to reflect the changed realities of life.
Действующие лица