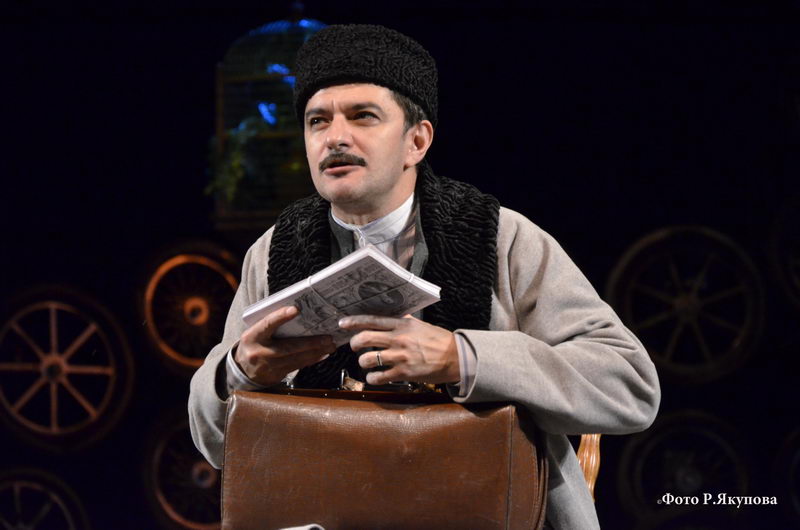 The "Bankrupt" (1911) play - an unsurpassed masterpiece of classic national drama, written by Galiaskar Kamal. Since 1939 flagship of the Tatar theater bears his name. Familiarity with this adventurous comedy begins at school, and the history of the theater keeps a lot of variety in form and spirit of the productions of this play. Over the years, a lot of artists has been starring in the main role: G.Kariev, H.Abzhalilov, R.Bikchantaev, R.Sharafiev ... In Soviet times, the main intrigue of the play - a Sirazetdin’s speculation - losts its original meaning, which had regained in the era of nascent capitalism.
For many years, theorists and practitioners of the theater after the Tukay repeated: "Kamal - this is our Ostrovsky," forgetting that the poet had in mind not the resemblance of plays, but comparable to the importance of playwrights in the construction of the national repertoire. If we talk about the nature of Kamal’s theatrical plays, we won’t find an example closer than Moliere in theater history. What is common in French and Tatar authors? Underlined theatricality, speaking to the hall, deployed monologues, sitcom carnival flair, tricky wordplay ... and suppressed sadness that occurs on a background of fiery passion. This is the path that stage director Farid Bikchantaev took. His "Bankrupt" is not only and not so much a story about a happily turning the scam, but the spirit of the time, about the Tatar renaissance, which works like a powerful geyser pushed to the surface of the history not only of poets and thinkers, scientists and artists, inventors and politicians, but also a motley crowd of adventurers and intriguers of all kinds.