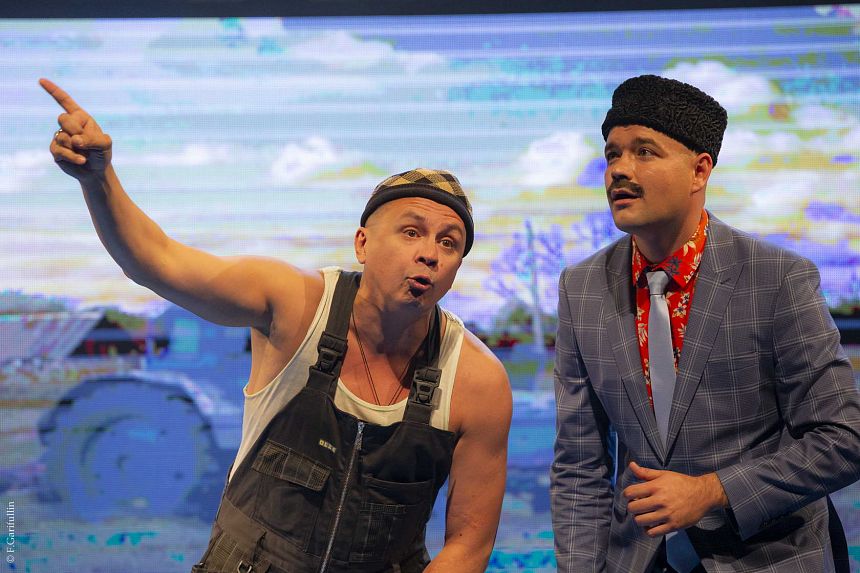 A young journalist named Rannur decides to embark on an experiment. He informs about his desire to enter into a legal marriage on his page in social networks and invites girls to take part in the "casting" for the role of his future wife. "Write comments and assign a date," urged the latter-day groom. With this youth, there are shocks on the love affairs: a meeting with a woman microbiologist in love with science, with a single mother passionately in love with a womanizer, with a frivolous individual-focused only on herself, life goes on as usual.

With each new day, the hero's chances of finding the one and only, the most charming and attractive on the Internet are approaching zero... Who will win the casting is unknown, the main thing is love or respect, how to avoid disappointment and maintain faith in goodness and justice, the audience will learn at the performance!

"The duet of Akberova and Akhmetzyanov claims to be a hit review and- the actor flawlessly refuses to turn a noble Tatar married couple into a comic union of two quarrelsome people who are also bored ("if you count how many times in 60 years) left, and was ill for half He has a real prototype for bigamist: according to the author, this is another Zainiev publisher, another Muslim Republic and his replicas-almost "dialog" - verbatim."

Valeria Zavyalova
"Zainiev knows the word, knows how to weave philosophical dialogues, as well as an insert in the right joke, because most of the hall is occupied.