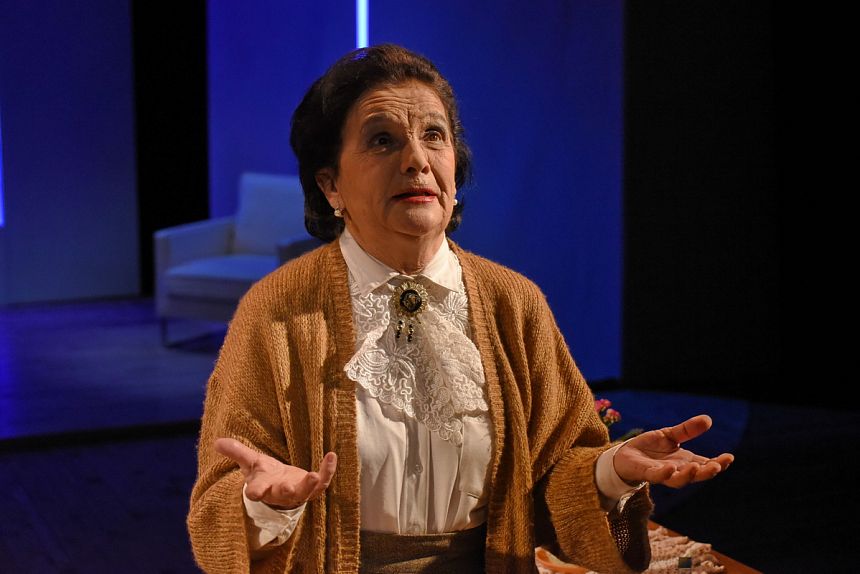 The performance – phone conversation of the aged mother and his son – businessman. The mother calls to her son to tell him about ‘dicky-birds’, say, that she bought a blow-dryer or that she saw squirrels in the yard… She believes that life consists of such a trifles and that our days are all about them. When she first calls he loses his temper, because it diverts his attention from the work. But later on he understood that he himself needs her.

The performance speaks about love between a parent and a child, unselfish, a bit naïve but always pure and sincere love.