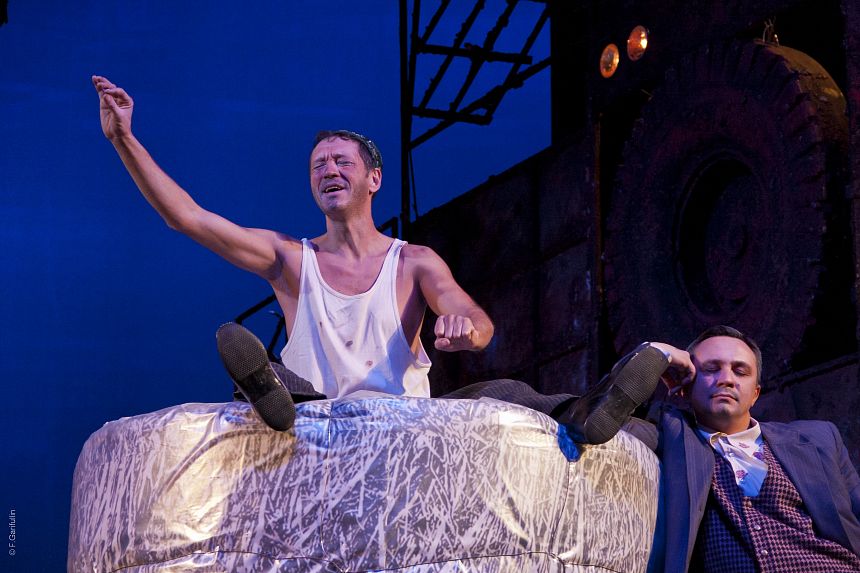 Drama "Mullah", one of the lattst creations of the outstanding playwright Tufan Minnullin, was awarded the Special Prize of the Ministry of Culture of the Republic of Tatarstan for the contest "New Tatar Play" (2006).
Tatar village is under the threat of extinction, and, what is even worse - the crisis of spirituality. Wil the mullah from the city be able to prevent a catastrophe and save, at least, one living soul, despite his youth and difficult fate? Will he be able to direct the villagers to the right path? The play doesn"t give a clear answer, but puts the question squarely, engenders doubts in the of the audience.