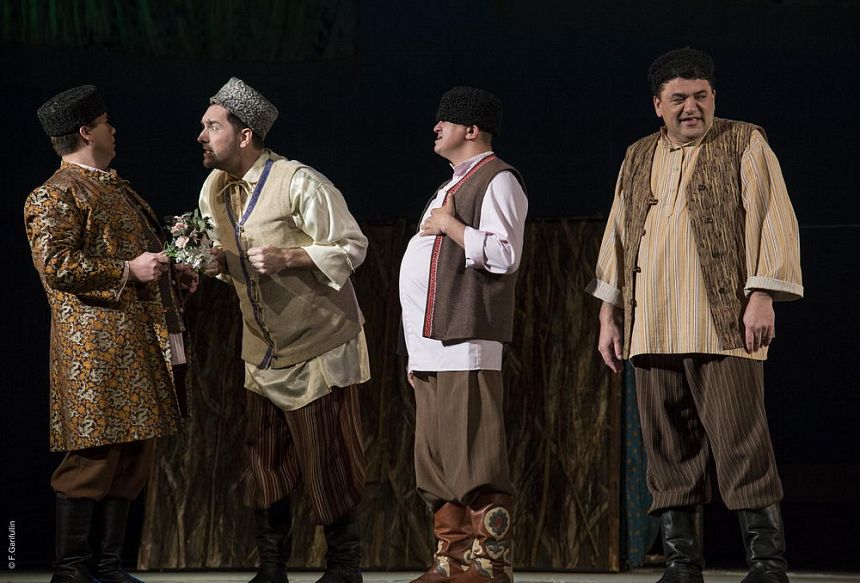 In 1917, Fathy Burnash, the future classic of Tatar literature, wrote one of the most popular of his pieces - "The Young Hearts". The atmosphere of boundless joy , fun and positive energy brings this comedy back on the stages of theatres again and again. The main theme of this lyrical musical comedy is love which helps to overcome all tricks of fortune. Farid Bikchantayev sensitively captures the ambiguity of this musical comedy and creates a very credible world through very clever set, you feel like in place; choosing the right cast for the job, with younger and elder generations of the troupe shaping colorful characters. The milestone historical events happening at the beginning of the century, on the eve of the Great October Revolution are revealed through the feelings, attitudes and actions of the characters.  The team manages to preserve the local flavor and spirit of the play enriched with original orchestral music, dance and song scenes, grotesque mimic compositions, heartwarming humor, evoking nostalgia for disappearing rural life.