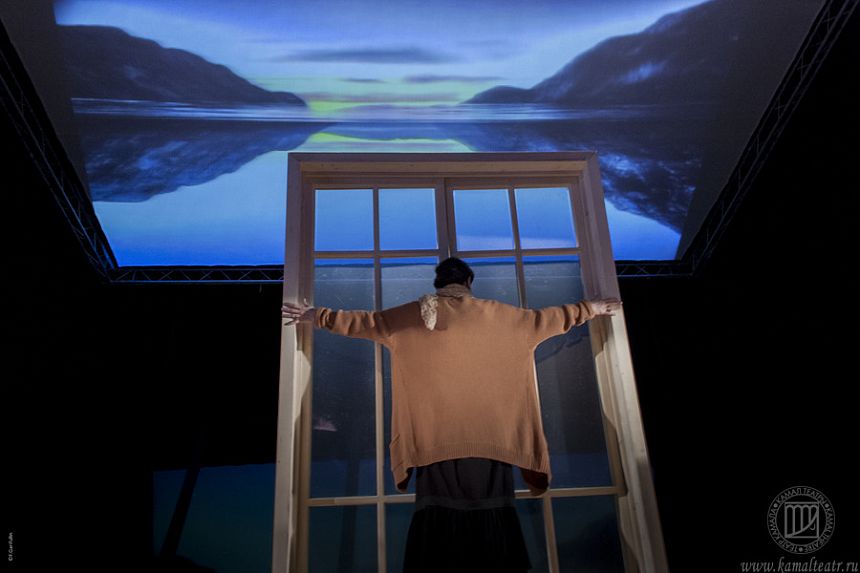 The first staging of the play in Russia.


In every human"s life there are situations that alter his fate, forcing again and again to return to reasons and meanings, to analyze the past, in search of an answer to a question that as a heavy burden rests on the soul and pulls on the bottom of the memories maelstrom.

The plot of the Norwegian Jon Fosse’s play is simple - the heroine relives the events of his youth, trying to understand what prompted her husband to disappear, get away from her life. However, the shape of the play dictates the laws of reading, and the meaning is not limited with the plot. He set the mood in the transitions, rhythmic prose, in the endless return to the passed, to the said, in the metaphysics of heroine’s meaning of life, in the endless self-torture, that gives vitality.

Leitmotif of performance (in the composition and artistic image) is the collision of time being layers - the eternal inescapable and rapidly changing. The fate of the heroine is accurately reflected in the mirror of the vicissitudes of the other characters, her conversations with her friend take the form of internal monologues and monologues turn into debate with herself. In the director"s decision Fosse’s poetics finds its reflection in the art of ornamentation, where the theme is more important and meaningful plot, and the process of searching for the truth is as important as an answer itself.