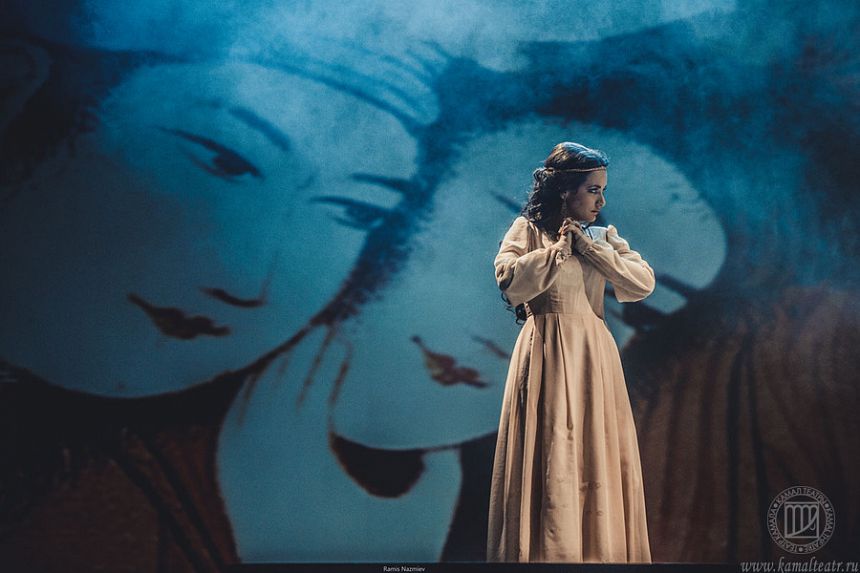 16+
"My Name is Red" - a historical detective story, which takes place in the Ottoman Empire of the XVI century. As in the puzzle of short monologues actors gradually formed a picture in which a young man named Kara have to figure out the identity of the murderer of two people: the artist who performed miniatures for Venetian Doge’s gift book and his father-in-law, Enishte Effendi. The play reminds multicolored carpet, woven from many themes and storylines. All sorts of themes here: love letters and secret notes, miniatures in thick books and Sultan’s library, craft and creativity. And yet: lots of parables and parenthesis.

The play is filled with the finest details from the life of the Ottoman Empire, but to a greater extent, this statement is about creativity, about the Turkish tradition of painting and art in general, about how Turkish life and art is influenced by European traditions, and about people trying to promote these changes or defend by all means their cultural world.
Top-rated artists are involved into the play: I.Gabdrahmanov, R.Bariev, A.Shakirov, A.Hafizov, N.Hayrullina and others. Despite the detailed performance historicism, artistic design distinguished by its use of the latest technologies: a huge screen on which pictures are projected in 3d format, the mobile structure, easily converted into domestic quarters, coffee house, bustling bazaar ...