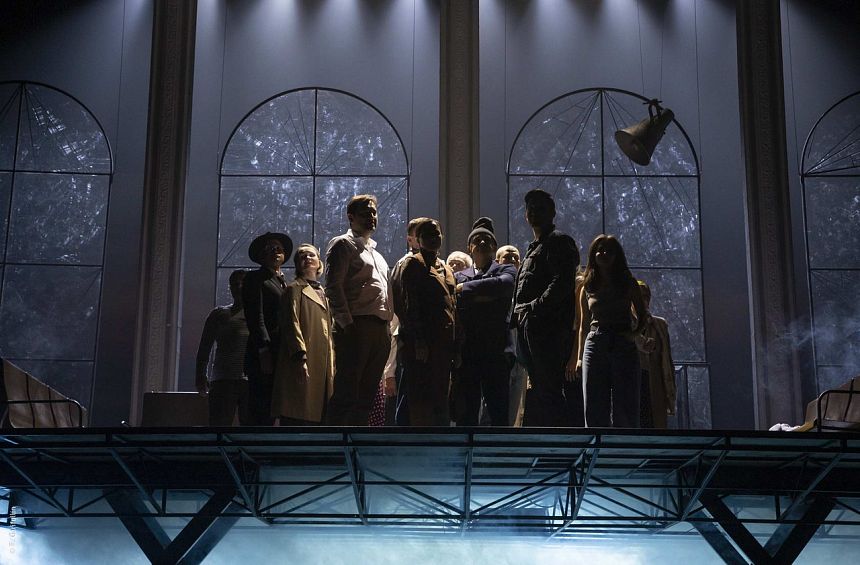 On November 6, 7, and 8, the premiere of a new play based on the play by debutant playwright Arthur Shaidulla "At Sunset" will take place at the Kamal theatre. The present must be comprehended and understood today. Therefore, the theatre cannot live without a modern play," once said the outstanding Tatar artistic director Marcel Salimzhanov, whose birthday is traditionally celebrated by the theatre on November 7 with the premiere.

Following this unspoken rule and the urgent need for new stories, modern conflicts, crucial topics, and heroes of our time, the Kamal theatre has been holding a competition for modern national drama "New Tatar play" for almost twenty years and brings heroes of modern authors to the stage.

"Bus terminal" became the winner of the 2019 competition and immediately entered the theater's repertoire plan.
What made the author of the play interested? Novelty (although there are many literary references in the text), sincerity, the ambiguity of definitions, and even semantic provocations.

It's hard to surprise the modern audience. Such a variety of genres lies in waiting for them every day in movies and on television: in addition to traditional drama, Comedy, melodrama, disaster, drama, fantasy, reality, you can not list everything...

"What's going in the theatre?» - you may ask.
And in the theatre named after G. Kamal — a modern parable!
The action takes place during a terrible storm. In the building of the old bus terminal gathered the elderly and the youth, women and men, children. The deputy, prisoner, pensioner, distributor of exclusive products… They all want to get out of this strange place as soon as possible: someone has an important meeting scheduled for tomorrow, someone has a plane ticket "burning", someone can't wait a minute-so long was his way home. But there is no connection, flights are canceled, taxi drivers have left, a raging hurricane uproots trees... Travelers will have to accept their fate and live with each other in the allotted time until the arrival of the fateful bus.
A modern parable invites the viewer to reflect on the ever-relevant love and hate, duty and dishonor, crime and punishment, faith and desolation, error and insight, eternal and transitory values, the long-forgotten right of man to be called the crown of creation!

The project was implemented using a grant provided by the Russian Cultural Foundation.