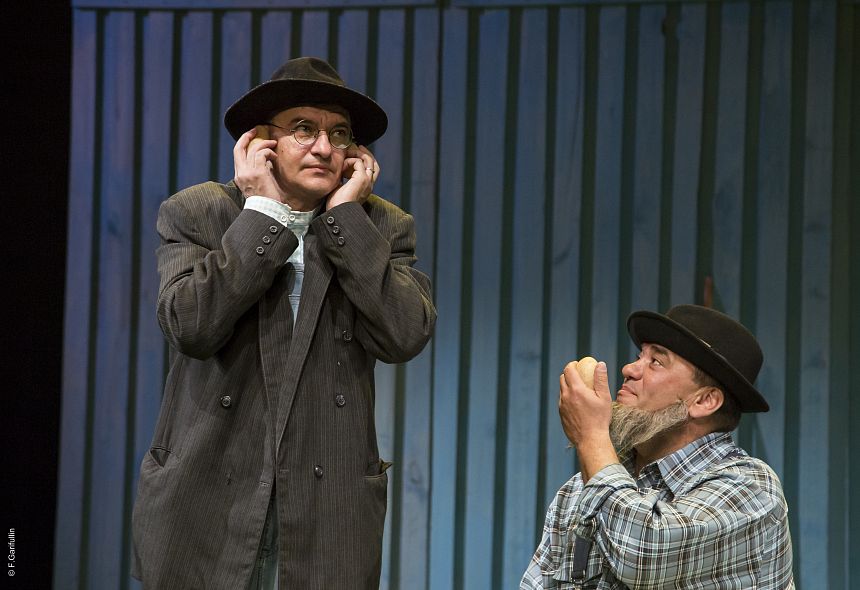 12+
After the fall of the Iron Curtain and the collapse of the USSR, the peoples of the former autonomous republics started to look into the blank pages of their history. One of these sad topics for Tatars, the second largest nation of Russia, was the fate of the captured Second World War soldiers and officers who refused to cross over to the side of fascist Germany and passed all the hardships of Hitler's concentration camps, and after the collapse of the Third Reich became prisoners of the Stalin's GULAG. Those of them who were lucky enough to return home in the fifties, only recently received the status of participants of the Second World War. However, there were some of them who, sensing a new arrest, did not return to their homeland and scattered all over the world...

Naqip, the main character of the play, after the war stayed in Canada by the will of fate and started his life with a clean slate. In a small town in the Canadian outback, he arranged a kind of a Tatar village, started growing potatoes, and instead of Halloween, celebrated Tatar Sabantuy festival. He called his wife "Zhanym" ("my soul") in the Tatar manner, and not Joanna. Once his neighbor Samuel, an "alien" just like him, only with Scottish roots, brought the news that from now on all former Soviet citizens were allowed to return to the USSR, they were not in danger anymore. Would the hero return to his homeland? Would he meet his first love? Would he visit his mother's grave?

Developed as part of “New Text – New Stage II”, an Ibsen International project for the development of new-writing

Zakirov
Ilnur
Khayulla, head of the concentration camp, soldier in a cafe