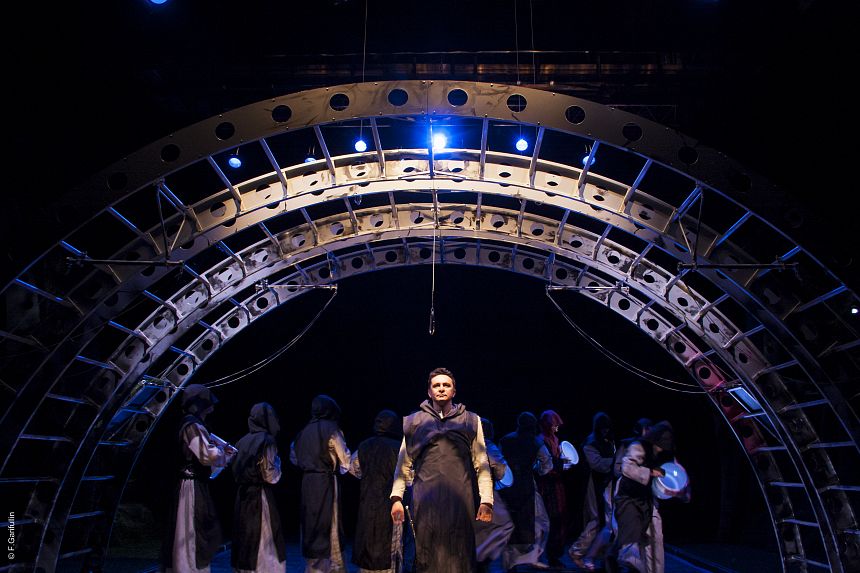 It has long been observed that the popularity of tragedies, comedies and chronicles of Shakespeare in our country is subject to cyclical logic and bound to states of society. All theatres, as agreed, start to put "Romeo and Juliet", refer to "Measure for Measure", one after the other will stage "Hamlet" and "Midsummer Night"s Dream." "Richard III» - one of the most rigid and uncompromising plays of Shakespeare’s canon. Unfortunately, it is in line with the current historical moment. Fratricidal wars, flowing blood, betrayal, treason, usurpation of power very often find their place in the new century. There are pieces that cannot be put on the stage in isolation from the realities of life, and "Richard III» is the case.
The young director Ilgiz Zayniev, in collaboration with an experienced artist Sergei Skomorohov and theatre’s top-rated actors, creates post-apocalyptic world of Shakespeare"s tragedy. The play is not about what was in past or is in present, but it is about what can happen. The creators of the show deliberately avoid specific historical references and allusions to the costumes and sets, and the actors do not copy the habits of politicians of the past or the present. The theme of this tragedy sounds like a warning to the present. There is only one action that shows a current fashion – to picture anything. Two actors performing the role of silent paparazzi make photo of the heartless massacre.
In the title role – Iskander Khayrullin, who plays his character as a son of it’s time. His Richard is not better, but no worse than the other characters. This world has broken out of joints. To lie, kill and betray became a normal way of acting. Khairullin’s Richard is not fanatic who is obsessed with power; just he is smarter and quicker than the others and takes what lies beneath his feet. After all, morality does no more exist, no bans and everything is permitted. So why good to disappear - the duke"s widow, the royal crown. And all who stands in the way to the goal will be swept away, destroyed, slandered, forgotten ...